We recieved a whopping 600 chants this month. Wow.

Submissions have been coming in from fans all over the world; Indonesia, Australia, Hungary, Argentina, and the rest! FanChants is now officially International. La de bloody da!

Here's a few of the best new chants this month - keep em coming and thanks a million for sending them in. You make the site what it is - the biggest archive of football chants known to man! These guys LOVE their footy. This chant from PSS Sleman went very speedily to Number One of the FC index. The index places chants in order of popularity. Never before has a chant been live for just a few days and shot to number one. An FC record no less!

Those of you that know your chants will notice this is a 'rip off' of Forza Milan - but hey, share and share alike, no? And they do have their 'own' chants - Perisija, True Until Death from Persija Jakarta is also a New FC Favourite.

It's hard to beat the Argentines on their passion - EVERYONE sings. Footy is life in Argentina and the volume and togetherness in their songs reflect that. Where to begin?

Racing - Great chant! Hair raiser, a classic to the tune of 'La Bamba'.

Independiente -  I'm Always Here In The Group  talks about making the moon come down but never stopping supporting Independiente. This is how they feel.

Boca - The most famous team in Argentina, the stadium shakes when these fans get going. This chant is about 'La Doce' which is what Boca fans are known as. Last week's article in The New York Times was all about this concept of 'The 12th Man'.

River - Ay Che Bostero! This one is having a go at Boca fans, who are known as 'Bosteros'. 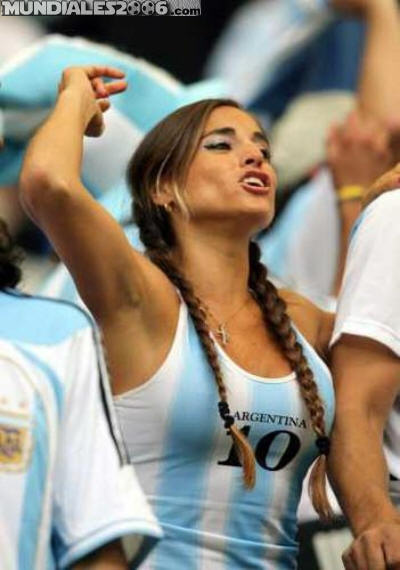 We've had a fair few submissions from Ukrainian teams and although we've no clue on lyrics they sound great! This one from Dynamo Kyiv is a stomper, and this chant from Shakhtar Donetsk ain't half bad either. If you can speak the lingo please do share the wealth and let us know the lyrics.

We've had tons of Melbourne Hearts chants sent in and considering the Ozzies aren't renowned for their chanting these guys aren't doing too badly! Melbourne Love is a good ditty. Quite like this one about one of their players Alex Terra.

Good old blighty never fails to dissapoint! This one slating the opposition for their lack of fans adds to the hundreds of Leeds chants we have on the site - You Must Have Come In A Taxi .

Apologies in advance to any Gunners fans out there - 60,000 Muppets by Spurs also caught our eye. It's really together, simple and funny - just the way we like 'em.

Despite it being a Lyric Only chant we love the description of this submission. It was created when a Blackpool player took off his shorts on the pitch. Off the cuff and humerous - the English definately do that the best.

International chants usually let the side down compared to League teams' chants but Hungary is an exception. Hungarian Team, Hungarian Heart involves a guy on a tannoy and the rest of the crowd following, a similar similar style to that of Italy and Portugal.

We'll end with a Boca YouTube. We salute you, La Doce!


Back to Foul Blog